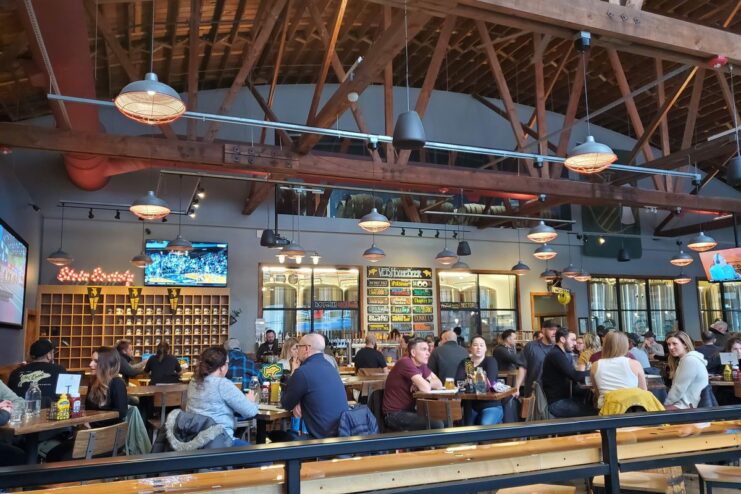 Locally owned and operated. Owner, Tom S Cook named the brewery after his Great Grandmother Ebert. She was the guiding force to his immigrant family when they came from Germany to the United States.

We brew on an American made, custom 10bbl brewhouse built by JVNW in Canby Oregon. Typically, we make about 100 different styles per year and our draft list changes about every 3 or 4 days. Stop by often to see what Head Brewer Sam Pecoraro and his team are brewing up.

Hungry? We call our cuisine; Elevated American Pub fare. Executive Chef Jackson Wyatt handcrafts his seasonal menus to enhance your pub experience. At Von Ebert, we believe that craft is not just a description for beer.