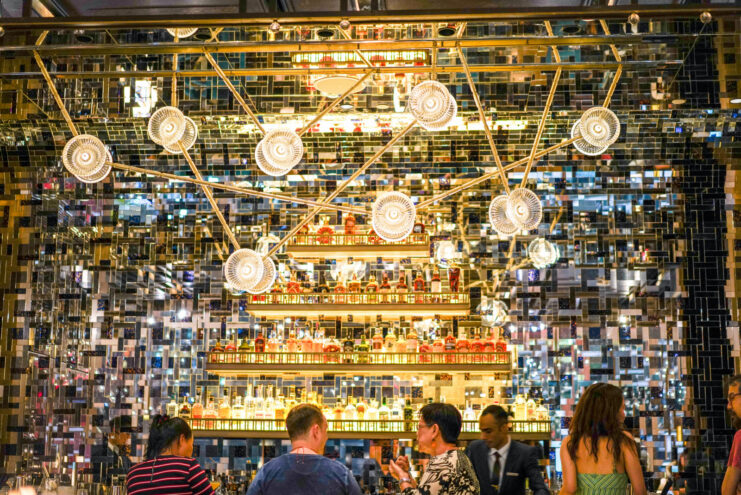 Do you love to drink alcohol, and try out new products and drinks quite often? If you live in Europe or if you plan on visiting sometime soon, why not experiment with some of their all-time favorites? Stay away from beer, and go with a traditional route. If you want to feel inspired and read about some of the best drink recommendations, check out QuenchList. In fact, you can find unique and high-quality beverages, along with some good deals which can come in handy for your personal use, or whenever you’re throwing a party in your home. Meanwhile, here is how we thought of inspiring you!

Have you ever been to Cyprus? If not, this drink will automatically take you right there! Mix equal parts Cypriot brandy and Cypriot lemon squash in a highball glass. Add equal parts soda water or lemonade and a few drops of bitters.

A large glass should be filled with ice, then a few drops of bitter, brandy and lemon squash should be added.

This cocktail was invented in the 1930s at the Forest Park Hotel in Platres, a mountain resort, and is a delicious beverage.

You must taste the rakija from Bulgaria. Fruits make up 40% to 65% of the foundation of rakija.

Although it is common throughout the Balkans, a piece of a rakija vessel from the 11th century was discovered in Bulgaria.

Every Balkan nation has its own variety of rakija, a potent brandy made from fruit.

Grape rakija is well-liked in Bulgaria, whilst plum rakija is in Serbia.

There are a lot more options and flavors to choose from.

If you see someone pouring rakija from a recycled water bottle, don’t be shocked by this move. Rakija is intended to be sipped rather than shot, despite having a strong flavor.

In Bulgaria, rakija is frequently offered as a welcome beverage or with the first course in most homes, as well as in bars.

You can have rakija with any meal, even dessert, and at any time.

This classic drink was popular in the 1920s and can be made with gin and lime juice. Although its origin isn’t quite linked to one specific country, it is a unique blend and a cocktail worth trying.

A gimlet is a type of cocktail traditionally served in an olive-shaped glass.

The easy recipe hasn’t changed much over the years, but more and more people are opting to make the drink with vodka.

The Gimlet is a pleasant cocktail because of its tangy and somewhat sweet taste, often a top pick among men.

The cocktail is easy to make and would be perfect for a Roaring 20s-themed party.

Three measures of brandy, two measures of Lillet, and one measure of yellow Chartreuse make up the classic English beverage “Four Score.” If you have never been to England, why not let England come to you in a form of a drink?!

The ingredients are combined with ice, stirred, and then strained into a cocktail glass with a lemon twist.

Reputable mixologist Joe Gilmore invented this drink in honor of Sir Winston Churchill’s 80th birthday, which is a fun fact that you should know.

It was invented by oyster bar owner James Pimm around the middle of the 1800s.

Gin, quinine, and various fruit and plant extracts are used in the original recipe.

Pimm’s No. 1 Cup got its name from the enormous cup in which Mr. Pimm served it

This non-alcoholic beverage is a summertime staple in England due to its pleasant flavor and low alcohol content.

Visualize a flower-filled English summer garden full of happy people in straw hats while you read this.

In the summertime, they may be found on nearly every menu in London.

A popular vermouth cocktail called the Marianito has its roots in northern Spain. It is quite exotic and flavorful.

Although the precise components and ratios may vary, it is typically produced by combining sweet vermouth, gin, Campari, and bitters. It is sometimes referred to as “improved vermouth.”

Typically, the liquor is sipped as an aperitif or with pintxos.

A Marianito is traditionally prepared in a mixing glass with ice and each of the components mentioned above.

An orange zest and an olive are added as a garnish after the mixture has been poured into a cocktail glass.

Mariánito is frequently believed to have developed in Bilbao, despite the fact that its origins and evolution are a mystery.

Georgia is a must-see for wine enthusiasts. Are you one yourself?

The various wine-producing regions of Georgia each produce wines with distinctive aromas, tastes, and even hues.

Most of these areas are prepared for tourists, with well-marked wine routes, plentiful winery tours and tastings (some of which are even given in English), and an increasing number of tour operators who take day trips to these areas. It is perfect for women who wish to get drunk, but look classy while doing it!

This elegant drink combines champagne with gin, lemon juice, and simple syrup to create a strong alcoholic concoction. It is also known as a “French 75.” The name of this strong drink, which Harry MacElhone created during World War I, is a reference to the fact that it tastes like being hit by rounds from a French 75mm field cannon. Such a funny description, right? But it works so well & sells even better.

The primary ingredients are gin and champagne, along with citrus juice and simple syrup. It is a bit tricky to stir up and make, but it is a fun and tasty experience.